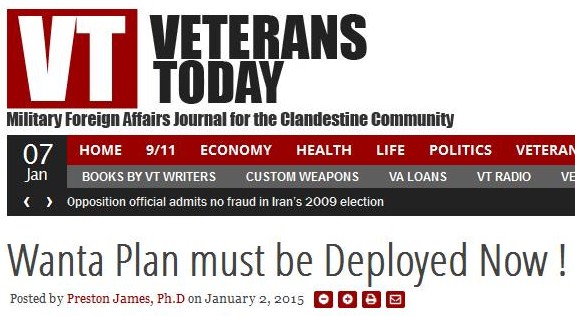 It’s my birthday today, so I probably won’t be posting my next update until tomorrow at the earliest. During my morning coffee/infoscan, though, I ran across an interesting factoid I thought I’d share.

In the course of scanning an article, I came across a reference to the John Birch Society, a group frequently mentioned in the same breath as COINTELPRO (most likely because they were infiltrated and subverted by it). Upon looking at their Wikipedia entry, I saw something that caught my eye…

“Originally based in Belmont, Massachusetts, it is now headquartered in Appleton, Wisconsin…”

And who/what else is associated with Appleton, Wisconsin? Leo Wanta.

On a hunch, I decided to have another look at Wanta’s official bio, Black Swan, White Hat (a PDF written in a remarkably juvenile and hero-worshipping tone) to see if it included any references to the John Birch Society. I found this on PDF page 15…

“Milwaukee was the first place where, at the tender age of 15, Leo Wanta worked for a government alphabet agency… the FBI. At night, he cleaned offices for the John Birch Society on West Vliet Street. He emptied trash, swept floors, collected handbills and books and other literature. Each night, the trash from John Birch meetings was placed in a large green bag which Lee Wanta carried to the #18 street car line – the Vliet Street run – where he handed the trash over to FBI agent Joe Kriofsky. When he got to 37th Street in the 53208 zip code, he departed and went home for the night.”

Now this is one piece of info from the largely fictional and overhyped Wanta bio that actually rings true: he was a low-level informant who helped the FBI spy on a patriot group. A connection between Wanta and COINTELPRO makes a lot of sense given the kind of propaganda he and his co-conspirators in the Veterans Today disinfo network are spreading around. As a general rule, anyone who is actively promoting Leo Wanta to the awakening public is either a government shill or someone who bleeds Kool Aid (because they’ve drunk so much).

Speaking of Kool Aid and those who dispense it, here is a portion of an interview of Veterans Today “Japan Bureau Chief” Benjamin Fulford by disinfo co-conspirator David Wilcock…

Specifically, there is an article that Story wrote on January 7th regarding “OPERATION STILLPOINT.” Now, what is that?

“OPERATION STILLPOINT” was something that Story uncovered through his on investigative journalism research and his work with Leo Wanta.

I’ve been aware of Leo Wanta all the way back to when Sherman Skolnick was discussing him, I believe, in the late 1990s, and I even referred to it in my article called “The Changing of the Guard: Corporate Media Whistleblower Speaks.”

This is in fact, something that really has changed the game, bringing Wanta into the equation. He came forward and was trying to get people hip to the idea of disembodying the Federal Reserve, putting everybody on US Treasury Notes, printed by the US Treasury in accordance with the Constitution.

But, the real key is, he said, the elimination of the banking system. <<<

Further down in the article, there is also this…

>>>  CHRISTOPHER STORY AND THE FALL OF THE ROCKEFELLER FACTION

As I indicated in the above introduction, Fulford also called special attention to a critical January 7th article by Christopher Story, independently validating that it was true.

When I had an Illuminati-linked financier approach me and offer to fund my CONVERGENCE film in 2006 (I denied his proposal, of course,) I directly asked him if he knew who Leo Wanta was. He said, “Yes, he used to work for us, but we no longer want to have any involvement with him.”

This is all part of the grand back-story where the Rockefeller faction betrayed and broke off from the Rothschild faction. Wanta sided with the Rockefellers to help assist in massive money-laundering campaigns.

According to Story, “Operation Stillpoint” was, in short, a secret Rockefeller plan to take over the entire American financial system, under the guise of abolishing the Federal Reserve… <<<

So according to Fulford/Wilcock, Wanta’s BS is real, he used to work for the Illuminati, and he broke ranks with them at some point (so he is a “good guy” now). In upcoming entries on Leo Wanta and Veterans Today, I’ll show why this is all nonsense meant to sow confusion and promote acceptance of the (very unified) Illuminati’s multilateral/multipolar NWO.