Whilst doing a standard checkup on all the buns the globalists have in the oven, I stumbled upon a key element of the globalist strategy for starting the “Battle of Armageddon.” Have a look at this excerpt from a Palestinian News & Info Agency article… 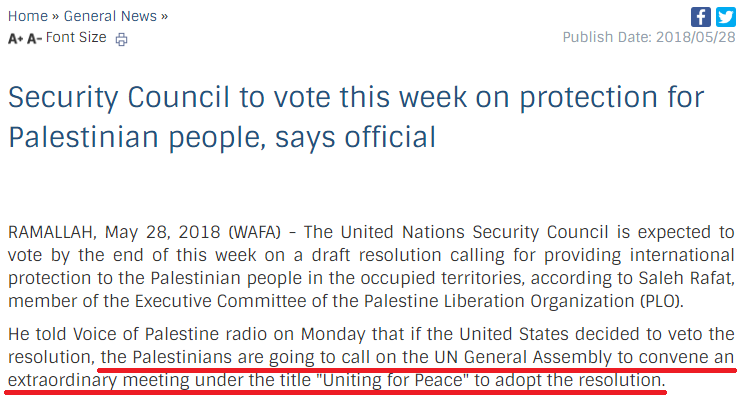 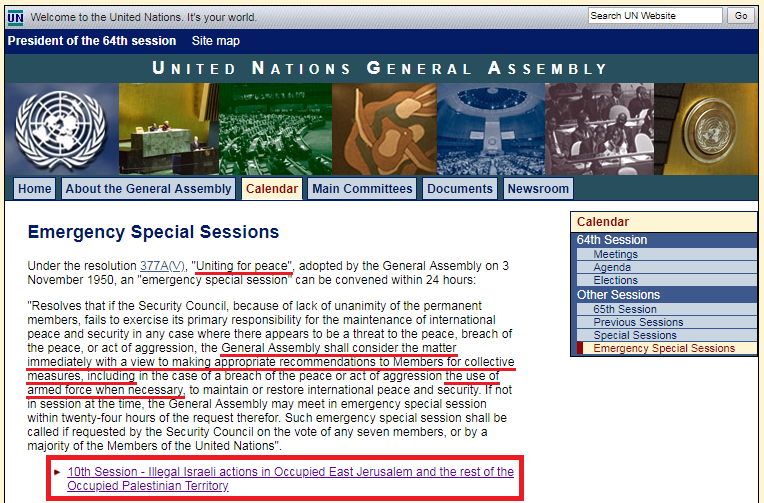 It is a UN resolution that allows the UN General Assembly (UNGA) to bypass the UN Security Council (UNSC) when the Security Council fails to take action on an issue due to a veto by one or more permanent members. In the time since the UNGA established this mechanism, 10 such emergency special sessions have been convened, with the most recent being the one that was initiated on account of “illegal Israeli actions in Occupied East Jerusalem and the rest of the Occupied Palestinian Territory.”

This 10th Session on Israel has had 37 plenary meetings since it first took form in 1997, and the most recent of these took place last December after Trump announced the move of the US embassy to Israel from Tel Aviv to Jerusalem. It led to the passage of this resolution… 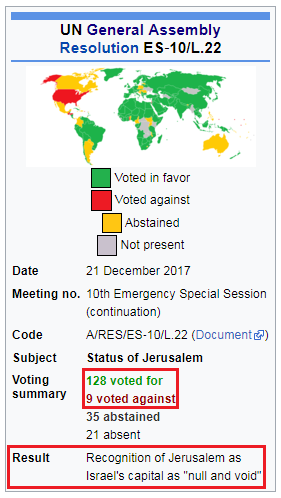 Given the grand spectacle that was this month’s “Gaza massacre” and the worldwide condemnation that followed, we can expect the next resolution calling for an “international protection force” for the Palestinians to pass by a similarly overwhelming margin. As to what resolution might say, we can look to the wording of a past resolution from the 8th Emergency Special Session on South Africa… 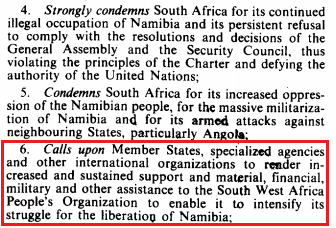 The key section is when it calls for “other international organizations” to render military assistance. And since the Organization of Islamic Cooperation (OIC) is an international organization that has already called for an “international protection force” for the Palestinians, Erdogan will have the blessing of both the OIC and the UN to form his “coalition of the willing.” Given that the only way into the Palestinian areas that isn’t controlled by Israel is Egypt’s Rafah Border Crossing into Gaza, Egypt, a member of both the UN and OIC, will “feel obligated” to open the door for Erdogan’s force.

As for what will happen after that, I’ve already written about it in Update 17…

Once the OIC force is inside Gaza, Hamas will be emboldened to resume mass-scale demonstrations along the Israeli border fence, and Israel will respond as they did on May 14th. This will lead to a confrontation between the OIC force and the IDF, and the IDF will invade Gaza and crush Erdogan’s force, sealing off Egypt’s crossing point to Gaza in the process. According to the script, Erdogan is counting on this.

With the slaughter of the first OIC force in Gaza, great rage and humiliation will be felt across the Muslim world. Erdogan will harness these feelings to form a much larger coalition, assemble a large and heavily armed invasion force, and enter the Palestinian territories via Egypt (who will be pissed at Israel for killing the protection force and seizing their Gaza border crossing) and Jordan.

I’ll write more on this in future updates.

In the 20 May Special Note, I wrote about how the cancellation of the Trump Assassination Show in Jerusalem led to the cancellation of the originally-planned trade war and to a delay in the unveiling of Trump’s Middle East “peace plan.” Now it appears that they’ve been rescheduled for June 15 and June 18, so this reestablishes two major motivations for the “Deep State” to assassinate Trump in Singapore on June 12: 1) to stop him from relaunching the trade war, and 2) to stop him from announcing his “peace plan” after the end of Ramadan.

To read the previous entry, click here: A Note on the Singapore Summit.

For the latest information, visit the Home Page.