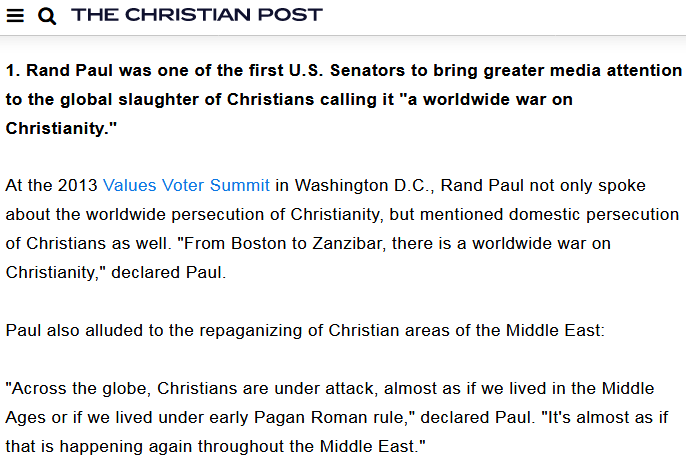 Here is another such report from the Christian Broadcasting Network…

Propaganda articles such as these serve to implant the Holy War idea into the minds of Christians as well as establish Rand Paul as “one of the Christian good guys who sounded the alarm.” And I’ve shown you in previous entries who are the other “Christian good guys” the globalists have cast for their Holy War production:

> Vladimir Putin is playing the “worldwide Champion of Christianity”… 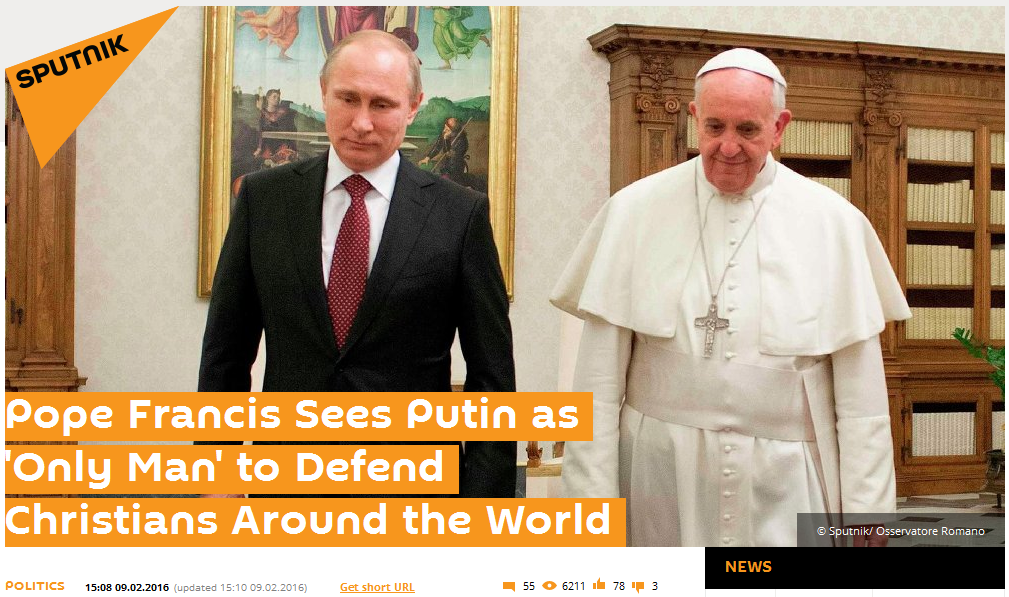 …From The Washington Times (top) and Sputnik (bottom) 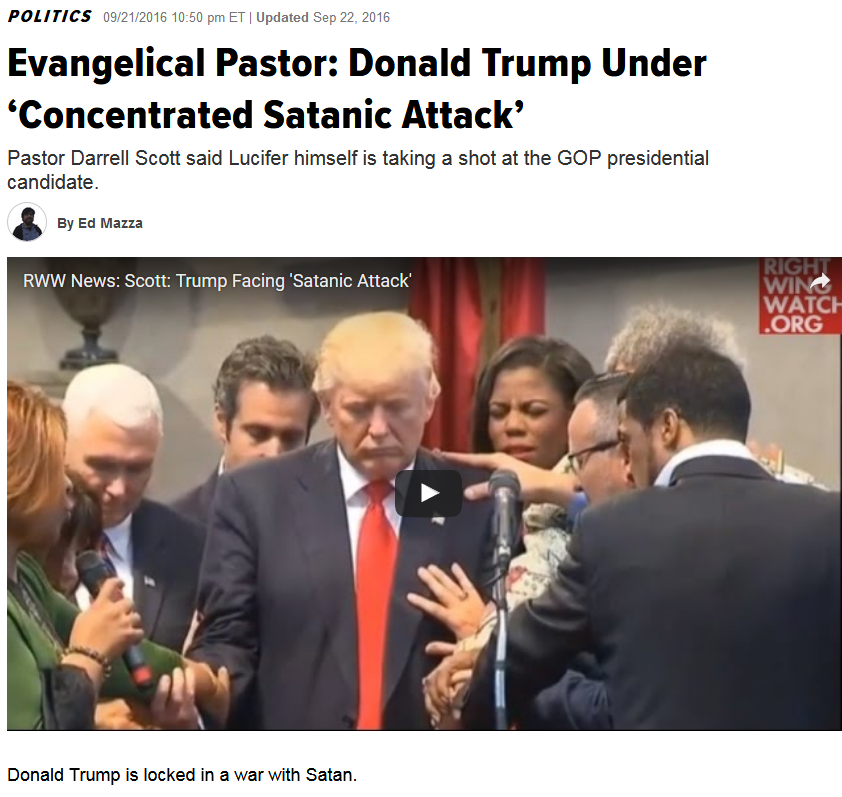 According to the globalist prophecy fulfillment script, the Christian Vindex (Trump) will aid the Champion of Christianity (Putin) at a key moment and be struck down because of it. The “Christian Galba” (Rand Paul) will then fill Trump’s shoes after the wars end and the dust settles. You may have noticed that Paul was one of only two senators to vote against the just-passed Russia sanctions law. This was done to make him look principled and to demonstrate goodwill towards his future “Christian” partner in global politics, Putin.

With all this in mind, allow me now to fill you in on the current shape of the globalist prophecy fulfillment script. I’ll do it in a question and answer format…

Q&A 1 – What are the two sides in the globalist-scripted Holy War? Who are the major actors on both sides?

On the “GOOD GUYS” side are the Christians and the “real” Muslims.

The Christian protagonists are…

> Vladimir Putin, the star of the whole show. He will be portrayed as the leader who saves “Christian civilization” and leads the “good guys” to victory. This will catapult him into leadership of the “new, reformed” UN (a.k.a. the New World Order). Either at the climax of the Holy War or 3.5 years later, he will be proclaimed as the returned Christ. (Watch for a very expensive, Hollywood-esque magic show to accompany that proclamation.)

> Donald Trump and Rand Paul playing the roles of Vindex and Galba, respectively. Once Paul ascends to the presidency, he will mend the rift with Putin and lead America into its diminished world role and its place at the new multilateral / multipolar UN round table.

> The “Christian” leaders of the Eastern European EU nations (Poland, Slovakia, Hungary, and the Czech Republic), who will play a role in disrupting and dismantling the “Satanist-led” EU.

As for the “real” Muslim “good guys,” Ali Khamenei and Qasem Soleimani will play the roles of “the Herald of the Mahdi” and the “Imam Mahdi” (the Muslim savior figure), respectively. Their forces will fight alongside the Christian forces to defeat the “bad guys.”

On the “BAD GUYS” side are the “Western Satanist Elite” and their “Crypto-Satanic radical Islamist” allies.

The Satanic protagonists are…

> Recep Tayyip Erdogan, playing the role of the “Dajjal” (the Islamic version of the Antichrist figure). He will start the hot phase of the Holy War when he cancels the Turkey-EU migrant deal and starts a three million person migrant invasion of Europe. The globalists might also have him seize the US nukes that are supposedly stored at Incirlik Air Base (in order to create a big nuclear scare to help induce urgent UN “reform”).

>The Crypto-Satanic leaders of the Gulf States and the Islamist terrorist armies, who are supposedly trying to destroy both “true Islam” and Christian civilization in concert with their “Western Satanist” allies.

You won’t have to wait long. The “limited war” phase has been ongoing for years, and the “total war” phase may begin anytime between now and the end of 2018 (unless the globalists back off again). Keep an eye on the supposed rift between Erdogan and EU leaders that the media are portraying to the public… 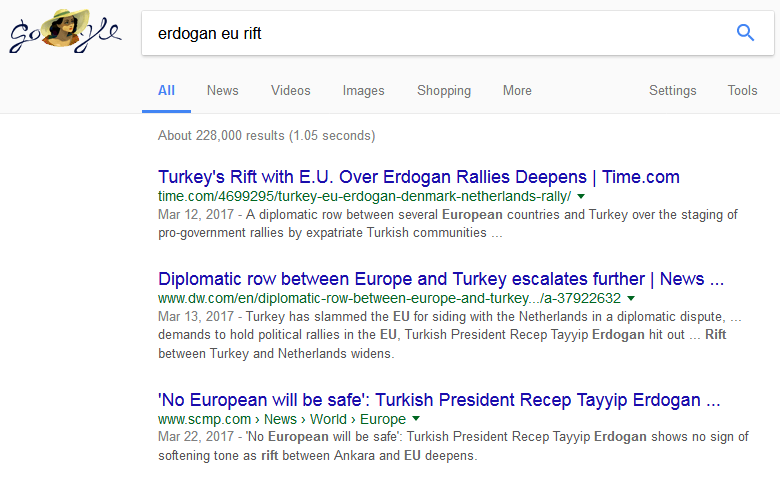 Something will happen soon that “outrages” Erdogan and gets the whole thing going.

Q & A 3 – So the globalist script calls for Vladimir Putin to play the role of the returned Christ?

No. His actual role is to play the Antichrist, so he will be proclaimed the returned Christ as part of his “attempt to usurp Christ’s throne.” Just look at the ritual he did to stealthily signal his Christhood when he visited the “Holy Land” back in 2012…

>>> “During the night of June 26, 2012, while on a working visit to Israel, President Vladimir Putin visited the Church of the Lord’s Sepulchre…

Entering the church, Vladimir Putting kneeled at the Stone of the Anointing. It was at this place that Righteous Joseph and Nicodim laid the lifeless body of Jesus after taking Him down from the Cross and anointed Him with incense and wrapped Him in the Shroud.

After that the president was taken to the Kuviklia, the chapel erected at the place of the three days-long burial of the Saviour.

Then Mr. Putin ascended Golgotha, the place where the Lord and Saviour Jesus Christ was crucified and after that descended to the cave in which St. Helen Equal-to-the-Apostles found Christ’s Life-Giving Cross…

In the morning of June 26, Mr. Putin came to the Church of the Nativity of Christ in Bethlehem, a Byzantine basilica with the 5th century mosaics built over the cave in which Jesus Christ was born…

Then Mr. Putin was presented with a token, a copy of the Star of Bethlehem executed by Palestinian masters.

The president lighted a candle at the place where Christ was born.” – From mospat.ru

Take a moment to think about this ritual Putin went through. It started at NIGHT at the places associated with Christ’s death at his First Coming, then that NIGHT ended in the MORNING when Vladimir Putin received the Star of Bethlehem and lighted a candle at Christ’s birthspot. That’s a helluva symbolic ritual, was it not? Putin returned Christ’s light to the world after a long night. <<<

During the upcoming Holy War, look for the buildings atop the Temple Mount in Jerusalem to be heavily damaged / destroyed by the “bad guys.” Just look at how Erdogan, playing the “Dajjal,” is clashing with Israel over it… 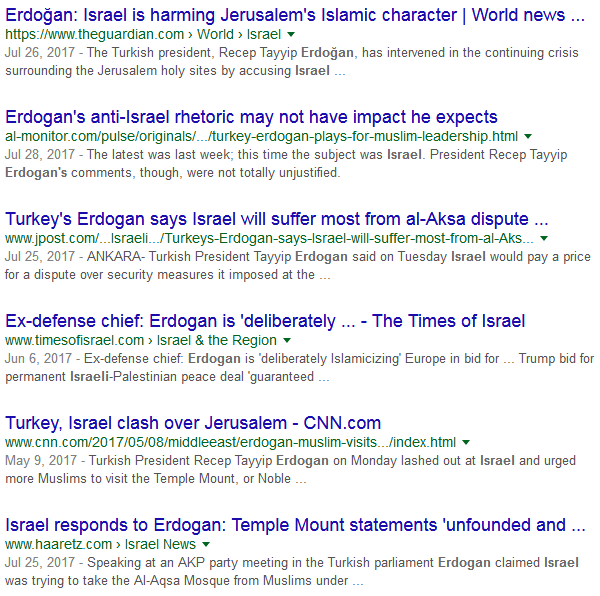 …from a Google search of “Israel Erdogan”

Once the War is won by the Christian / “true” Muslim alliance (with Israel’s help), the Third Temple will be built atop the Temple Mount as a joint “Chrislamijew” holy site. It is at this “unholy” temple that Putin will likely be proclaimed the returned Christ – and recognized as the Antichrist by some.

As Antichrist, Putin’s role is to lead the revived “Global Roman Empire” (a.k.a. the multilateral / multipolar NWO) in “rebellion against God.” So Putin will build his throne atop the Temple Mount (in the form of the Chrislamijew Third Temple) and use the militaries of the world to war against the “true Christ’s forces” when he comes to take back his holy place.

Although the “sovereignty-respecting, democracy-based” NWO will at first look like the solution to all our problems, Putin is scripted to mislead, misuse and crash it so spectacularly that people will become convinced that they’re incapable of governing themselves – that “God must govern us instead.” The globalists’ “true Christ” figure, whom I call “the Kabbalah Christ,” will then take the role of “God-King of the World.” It is from behind this figurehead Christ that the Kabbalist elite plan to rule unopposed over a unified Earth.

NOTE: If you are a new reader and are wondering how I came up with these answers, read “End Times” Programming and the Globalist Prophecy Watch series. It is in these entries that I present the evidence and connect the dots to arrive at this understanding.

There were some interesting developments today. Special counsel Robert Mueller has launched an aggressive new phase in his witch hunt while the Senate is moving to block Trump’s ability to fire him… 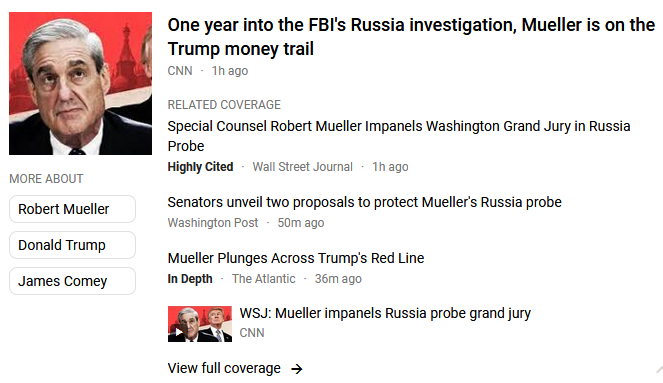 In the public mind, this establishes motivation for Trump to move quickly to fire Mueller before the House of Representatives return from their August recess.

Also, Trump is expected to fire the first shot in a “trade war” with China on the day (tomorrow) he heads out for a 17-day vacation. While he’s gone, the White House will be torn apart for a partial renovation to ensure he doesn’t return. And when is the renovation scheduled to be complete? On August 21, the day of the Great American Eclipse.

To see why the timing of all these events might be significant, read August 2017: The month the coup likely begins. In addition to the triggers listed in that entry, we can add “Chinese trade retaliation / financial shock / South China Sea confrontation” as potential events to be tied to the “America-dooming” eclipse.

Hmmm… are they setting up a situation in which Trump will kill Obamacare funding this month, then call the Senate back into session to pass the health care bill?…

Publicly forcing the Senate’s hand in this way would create a motive for Congress to strike back against Trump, and the House would likely return to Washington to help. It would be a great way to set up a confrontation for the eclipse on the 21st.

News has come out that Trump won’t launch the trade war today, so it looks like China-related scenarios won’t play a role in the eclipse. Given that…

> the Senate took action to help block a firing of Mueller,
> Mueller has upped the pressure by empaneling the grand jury, and
> Mueller is going after Trump’s son,

…Trump’s most obvious way to strike back is the Obamacare scenario outlined in the last postscript. So a showdown over healthcare is the odds-on favorite to be the triggering event. And should they back off such a confrontation due to exposure, their most likely fallback scenario would be some sort of attack on Washington. Since both Congress and Trump are out of town, it would be a safe time for them to pop off a WMD there.

On the matter of sanctions and US-Russian relations, hearing the Russians complain of Trump’s weakness goes back to what I talked about in Update 5…

Under the new “Vindex Falls” scenario in which Trump is deposed, the white hats will not step up to rescue him because they view him as too weak to stand up to the black hats.

So when the “neolib-neocon deep state” comes for Trump, who will save him? Nobody, that’s who. He is scripted to fall, and the “progressive deep state” counter-coup will not come until we are pushed to the brink of nuclear war.

(P.S. – 5 August 2017) – The likelihood of a globalist-orchestrated “North Korean” sneak attack against the UN and Washington D.C. has substantially increased today. And August 22nd just became a lot more dangerous. I’ll explain why in the morning. Till then, you might want to review my previous alert on the North Korean sneak attack scenario.

(P.P.S.) – My explanation is now posted in this new alert.