I’ve been noting with some interest that the globalists have sicced their own controlled opposition fronts on the TPP and TTIP trade deals: 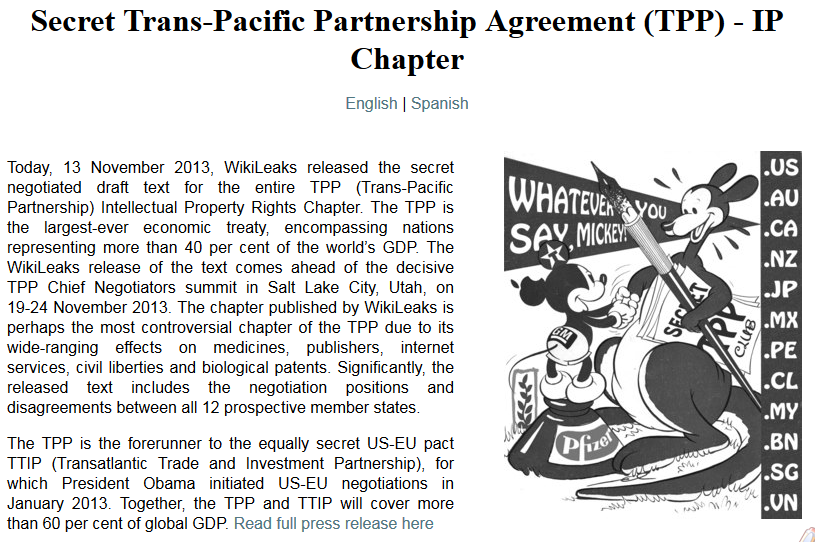 And they’ve been staging attacks against the deals (and/or the secrecy and fast track effort that surround them) through their Mises Mafia mouthpieces, including… 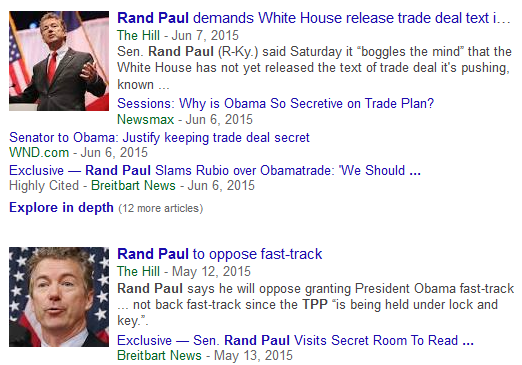 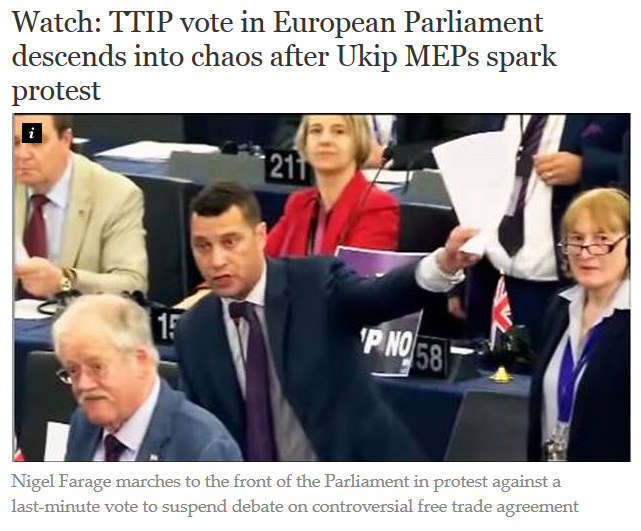 Given that the Mises Mafia promote “free trade,” what is their game in this?

I suspect the globalists are using a bad cop, good cop approach to getting their multilateral trade agreements passed. They are putting forth outrageous proposals in the TPP/TTIP and having their media publicize them and their controlled opposition leaders (COLs) oppose them. This allows the COLs to grandstand and build their credibility with the public (like Rand Paul just did in getting the Patriot Act rebranded).

After the controlled opposition “heroes” stop or roll back the bad elements of the deals, they will put forth “good” trade deals which give the globalists everything they’re genuinely seeking. It all boils down to Negotiation 101: you overreach in your first proposal, then give away the overreach as you negotiate your way to what you really wanted.

It’s also important to note that no multilateral trade agreement will ever lead to real “free trade.” But I’ll tell you why this is so in an update.

On some interesting side notes…

> The battleground on which the Battle of Waterloo was fought is located in and around Braine-l’Alleud, Belgium. If you were to drive from there to Luxembourg City, you would travel 207 kilometers. This leaves me wondering exactly where the eurogroup is meeting in Luxembourg. If I measured from the battlefield to their meeting place, would it be 200 kilometers (corresponding to the 200th anniversary)? Would the globalists be that ridiculously symbolic about it?

> There are three ways for the EU to play with Greece’s emergency liquidity assistance: 1) cap it and allow no further increases, 2) give Greece’s collateral a “haircut” and thereby reduce the amount they can access, or 3) declare that Greece’s banks are insolvent and/or Greece is acting in opposition to EU policy (both financially and with the pipeline) and ending all ELA. 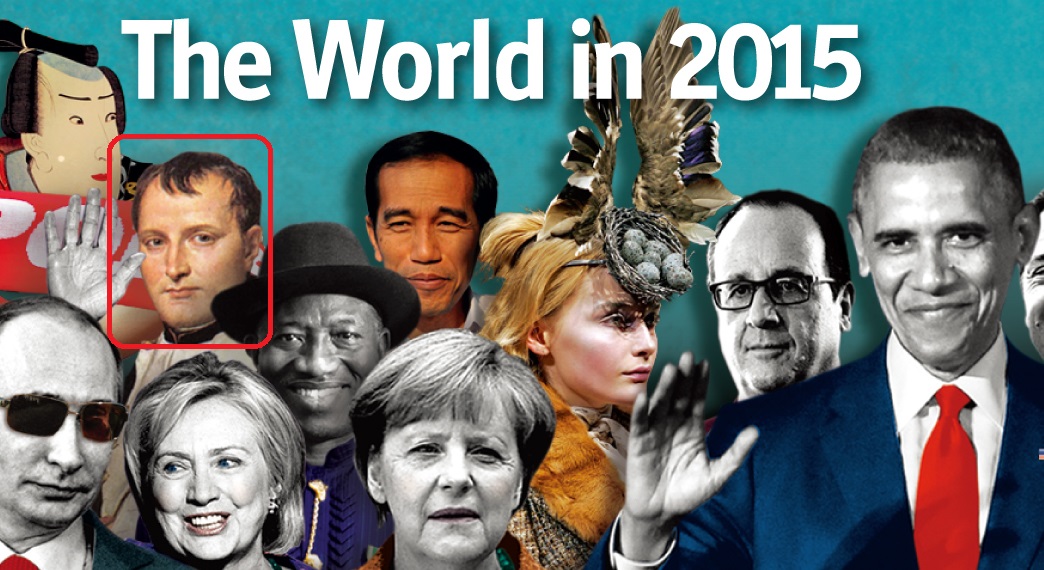 …There is Napoleon in living color. Also take note of the woman’s hat with the ash-colored eggs. The phoenix turns to ash before it is reborn, so the eggs may indicate this is the year the phoenix falls.

What do the Dallas police attack, Charlie Hebdo, and the Mises Mafia all have in common?

I woke up this morning to news of the rather suspicious attack on Dallas Police Headquarters, but I won’t go into an analysis of what happened there. I’m sure sites like Infowars will sort through it in great detail, and that brings us right back to an entry I wrote in the aftermath of the Charlie Hebdo attacks in Paris:

Throwing the Game: Why the globalists are exposing their own false-flags

In that entry, I talked about how the sloppy false-flag attacks of late have been soft balls the globalists have tossed to their faux-truther sites so the latter can grab the attention and trust of the questioning public. And once such sites have gained people’s attention and trust, they sell them the globalists’ phony East versus West dialectic. That entry is also the point at which the Mises Mafia caught my attention.

Upon looking back at the entry, I saw this photo once again…

In a number of entries, I’ve pointed out the connections that Ron Paul, Nigel Farage, and the UKIP have to Austrian Economics, but let’s look at the other guys in the photo…

> Jim Rogers – “Rogers does not consider himself a member of any school of economic thought, but has acknowledged that his views best fit the label of Austrian School of economics.” – source

> Jim Rickards – “There is much to admire in Austrian economics. Austrians are correct that central planning is bound to fail and free markets produce optimal solutions to the problem of scarce resources. Complexity Theory as applied to capital markets is just an extension of that thinking with a more rigorous scientific foundation. Computers have allowed complexity theorists to conduct experiments that were beyond the capabilities of early Austrians. The results verify the intuition of the Austrians, but frame the issue in formal mathematical models that are useful in risk management and portfolio allocation. If Ludwig von Mises were alive today he would be a complexity theorist.” – source

So this little photo is a glimpse into the New World Order propaganda machine. It shows you two of the political figures and three of the talking heads who are out there shilling for the globalists and their new economic system. When I remember back to my own second awakening back in 2009, Peter Schiff was one of the first guys who really got my attention. I thought to myself at the time, “Man, this guy is really standing up and telling the truth!” I even contributed what little I could to his Senate campaign. It was only after years of sorting through bullsh*t that I finally started to see the bigger con game of which he was a part.

So what do the Dallas police attack, Charlie Hebdo, and the Mises Mafia all have in common? They all draw the public’s attention to the PROBLEM posed by the “evil Western central bankers” and their cadre of minions and thugs. This helps generate an emotional REACTION among the public so the SOLUTION can be sold. What is that solution, you ask? The smiley-faced, Austrian Economics-based New World Order the BRICS will bring in when the “evil Western central bankers” have been seemingly defeated.