(Expanded Note – 2 February 2020) – I’ve done what I can to deter the Super Bowl attack (if it hasn’t taken place already), so let’s look ahead at What To Watch For This Week…

> Watch for a potential Trump sex scandal to rock the news as soon as Monday, February 3. It would involve his personal use of sex-trafficked and (possibly) underaged women.

> Watch for a potential Coronavirus outbreak in Miami as soon as Tuesday, February 4. It would be the first indication that the Super Bowl attack has occurred.

> Watch for a development that will open the way for Jared Kushner to become the Vice President. The development could take 3 forms…

I’ll go into more details on all this by Monday morning.

In the meantime, I may close out a few notes on the Super Bowl if I find some time. Here’s one thing that I noticed this morning… 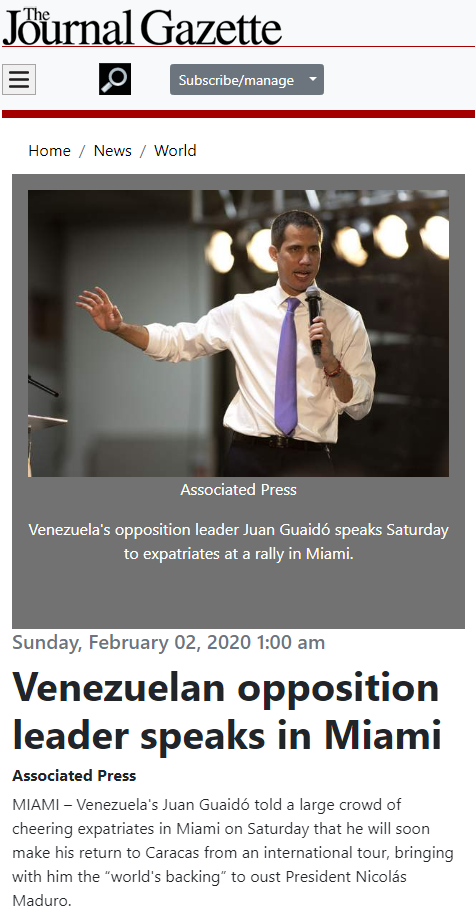 …from The Journal Gazette

This is another indication that Miami is/was targeted for a false-flag attack this weekend to be blamed on Iran and Venezuela (among others): an attack would have potentially infected and killed Maduro’s enemy, which allows the false-flaggers to portray a strong motivation for Venezuela’s supposed participation.

Given the Coronavirus’s connection to bats and the occult signalling surrounding Kobe Bryant’s death, which is reminiscent of the Dark Knight movies’ occult signalling of the Sandy Hook and Aurora mass casualty events… 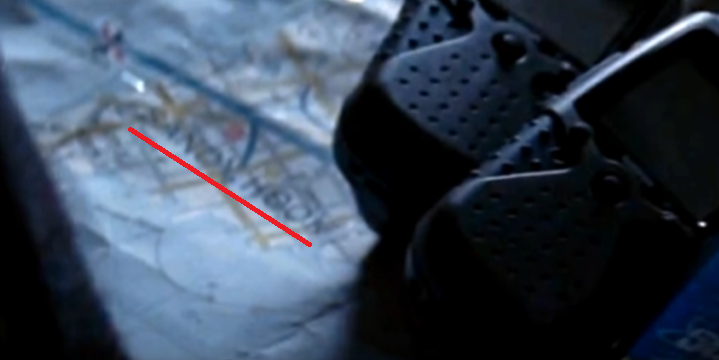 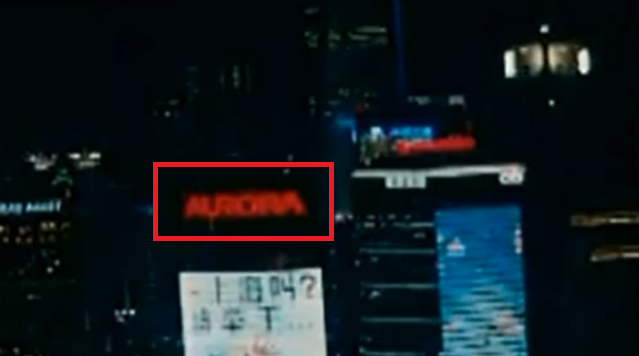 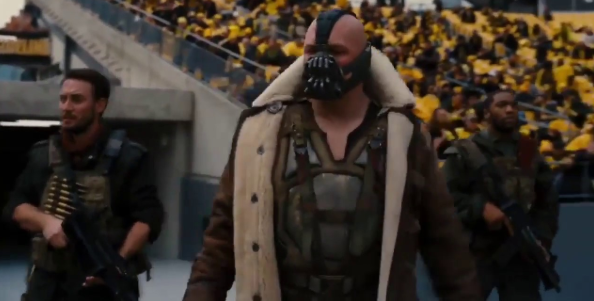 …I’ll write more about this if there’s an outbreak in Miami this week.

(1 February 2020) – Three new notes have been added to the “Special Notes” section of the False-Flag Alert article. They’re in red.

In the case of the Wuhan strain of Coronavirus, the mean incubation period (the time from initial contact with the virus to becoming ill) is said to be 7 days. But the infectious period (the time an infected person can start passing it on to others) begins in perhaps 4 days. So if the “dense fog” in Miami on the morning of Tuesday, January 28, constituted an attack with a Coronavirus strain exhibiting similar characteristics to that of the Wuhan strain, it would mean that Miami locals started becoming contagious today, just in time to spread it to the Super Bowl visitors who are in Miami over the weekend. And the Miami locals would start showing symptoms around Tuesday, February 4, after the visitors have flown home on Monday. As it turns out, Tuesday was the perfect day for an infectious fog.

So we might not know till at least Tuesday if a Super Bowl attack has actually occurred.

(SECONDARY ALERT – 31 January 2020) – Trump is traveling to Mar-a-Lago today. Will he make a surprise appearance at the Super Bowl this Sunday? Will Mar-a-Lago see fog too? This would be a way of faking an “assassination through infection.” Also, he had a meeting at the White House today on human trafficking, and that subject is tied-in to the Chinese massage parlor sex scandal and Mar-a-Lago. With the Senate considering delaying the vote on witnesses till next week, will the Trump sex scandal card finally be played?

(Twice-Expanded Note – 31 January 2020) – I’ve added another update to the bottom of the alert. Its title, Occult Signalling connecting Kobe Bryant to “Death,” “Fog,” “Corona C,” “Viral Outbreak,” and the Super Bowl, is in red…

It should also be noted that Coronavirus Lineage C is associated with MERS (Middle East respiratory syndrome), so using that variant in the Super Bowl attack will allow them to tie the attack to Iran. More information on this has been added to the bottom of today’s update in blue.

On another note, the leadup to the Super Bowl attack is getting ridiculous…

Get a load of this: Kobe & Kanye West Appeared in Nike Commercial Featuring a Helicopter Crash in 2011 (Video) (The commercial shows Kanye’s death due to a ball Kobe sets in motion.)

And this: Kanye West is bringing his Sunday Service Experience to Miami the morning of the Super Bowl

Nature of Attack: Nationwide / global distribution of Coronavirus-bearing particles via aircraft and ground gear. The infectious cloud will appear to be a normal fog.

Target of Attack (US): The Super Bowl first, followed by nationwide distribution.

Perpetrators of Attack (US): The US government, but a biological terror attack on the Super Bowl by foreign enemies will be blamed.

Date of Attack: 02/02/2020 or a preceding day (the Miami distribution may have already occurred), with further distributions occurring in the days that follow.

Purpose of Attack: To provide a pretext for locking-down the nation prior to an engineered financial system collapse.

1) The viral outbreaks will be heavily hyped by the mainstream and controlled alt-media, and crisis actors will be employed to make the virus appear more dangerous than it really is. Actual deaths from the outbreaks should be similar to those of a very bad flu season, but fatality figures may be inflated in press reports. Real mass death would lead to an uncontrollable population, and that is the exact opposite of what the perpetrators wish to achieve.

2) The outbreak will be blamed on a foreign bioterror attack on the Super Bowl, but the attack will not likely be “detected” and publicized until after the game has ended and all the spectators have returned to their homes in cities and towns across the nation. Those cities and towns will then be targeted by aircraft and ground gear, with the local outbreaks blamed on the returned Super Bowl attendees.

3) Watch for aerosol gear to be found in Miami following the Super Bowl. This gear may be seized during a drug bust or other routine law enforcement activity. It will then be passed on to the Department of Homeland Security who will “uncover” the supposed terror attack.

4) Eventually, the Wuhan and Miami “bioterror attacks” will be blamed on the “evil Western globalists” / “Satanists” / “the Deep State” (which is why some controlled alt-media sites are already pointing to the Davos crowd and Bill Gates). To understand why the narrative will turn in that direction, read Understanding the NWO Strategy if you haven’t already.

5) Avoid taking any vaccines that are offered. Given that Bill Gates, the Patron Demon of “Useless Eater” Sterilization, is involved, sterility is likely one of the engineered side effects. There may be life-shortening side effects as well.

6) In the event the globalists proceed with the Miami distribution, it will most likely be done with chemtrail aircraft (which Homeland Security completely ignores in its security preparations). The virus-bearing particles would be added to the daily chemtrail mix, released at altitude, and spread down to the surface collecting water as they go (thus appearing to be a normal clouds and fog). So any aerosol-spraying drones or ground gear discovered after the attack would serve merely as props to be used in spinning the public narrative of a terror attack.

8) As I mentioned in my 23 January update (which is on the home page), one of the potential globalist scripts for early 2020 has the US provoking its enemies — through outrageous actions like the killing of Iran’s Soleimani and the release of a bioweapon in China — into a counter-attack against the US. The Super Bowl attack could be narrated as that counter-attack.

Other Writings on This Attack (in chronological order):

(27 January 2020) – Tomorrow, I’ll turn my attention to a potential bioweapon release at the Super Bowl using fog as the dispersal medium — something the military has already tested right here in the US… 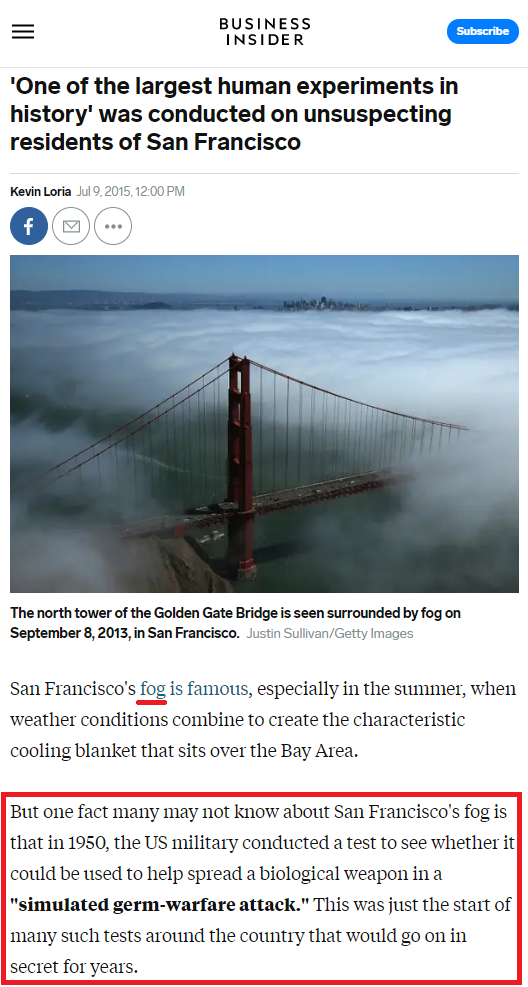 The government would seed the pathogen in a morning fog on one of the days leading up to the Super Bowl (or on Super Bowl day itself), but the attack and its patsies would not be “discovered” until the game is over and everyone has gone home to cities and towns all over the nation.

As for the strength of the pathogen, it would be roughly equivalent to a bad flu, so some people will die (just like they do every flu season). But the population will be terrorized by breathless hype in the mainstream and controlled alt-media. The hype will also be fed by images of crisis actors falling down in the streets and being surrounded by people in biohazard suits. (It’s a good time to rent the movie Wag the Dog if you haven’t seen it already.)

The purpose of the attack is to lock down the nation in advance of the engineered financial system collapse. Mass death is not their goal (this time), so don’t have a cow (but do have popcorn). More details to come…

(28 January 2020) – The alert I’m writing on the fog-borne bioweapon distribution here in the US won’t be done till Wednesday morning. But you can get the gist of it in yesterday’s note. Meanwhile, have a look at this… 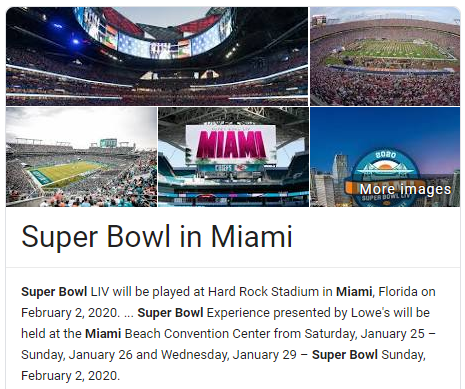 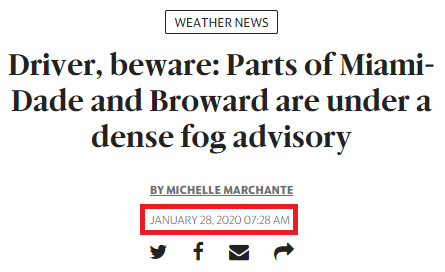 …from Google Search (top) and the Miami Herald (bottom)

From the looks of it, the globalists intend to expose their own false-flag and blame it on the “evil Western globalist elite”… 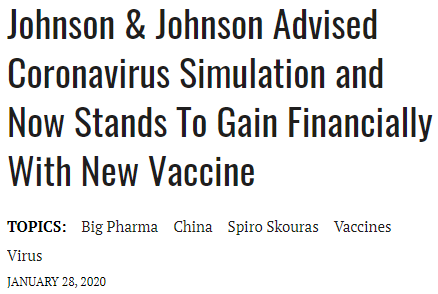 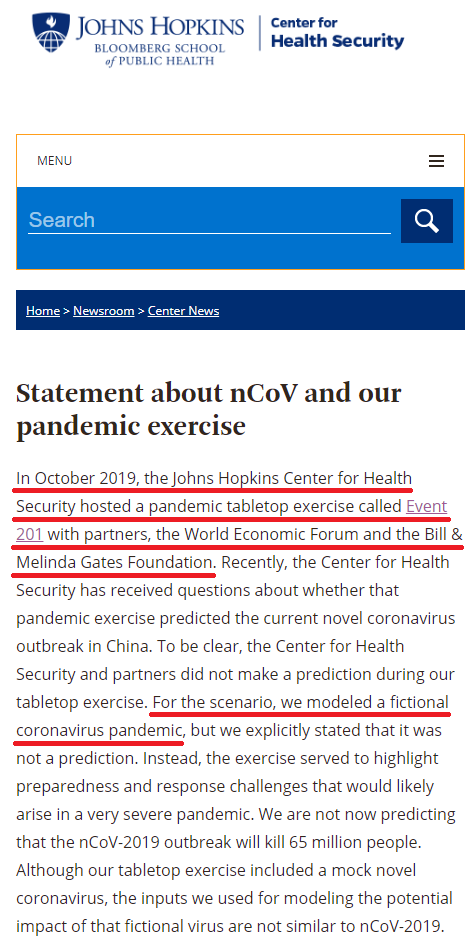 …from Activist Post (top) and the Center for Health Security (bottom)

My son enjoys watching YouTube videos of gamers doing playthroughs of his favorite video games, and during lunch yesterday he watched a playthrough of Resident Evil in which the gamers were commiserating over the death of Kobe Bryant. They also talked of the connection they felt to Kobe as Resident Evil gamers due to his poster being in one of the games. That really caught my attention. So after doing a little searching, I tracked down the poster…

…It was in Resident Evil 2.

If you look closely, you can barely make out Kobe’s name in all caps below his shorts, with KOBE in smaller letters on top and BRYANT in larger letters on the bottom. You can make out the T in BRYANT by looking at his shoe (click on the image to enlarge it)… 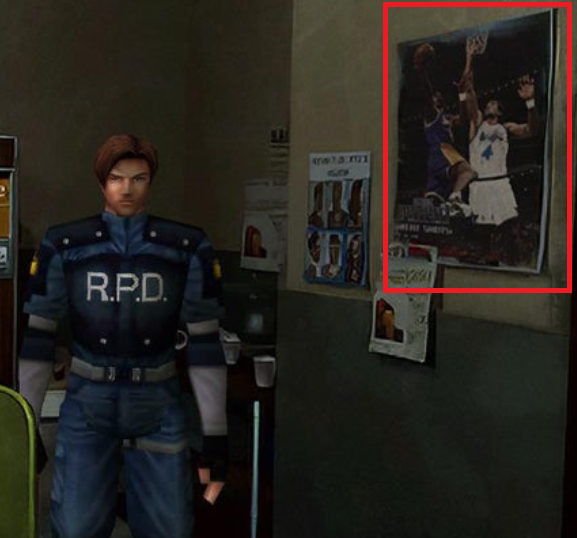 What’s significant about this is that Resident Evil is a game about a viral outbreak in a place called Raccoon City. I’ve always wondered why they would choose such an odd name for the town, but I may have finally found the answer when I ran across a post that showed the word “Raccoon” is an anagram of “Corona C” (Lineage C of the Coronavirus is linked to bats). 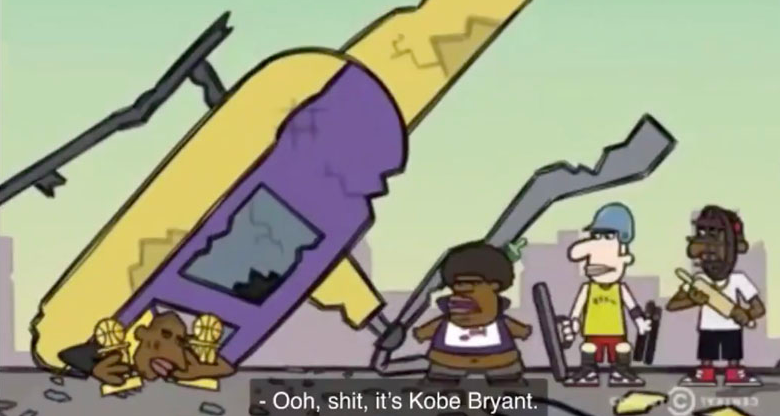 …and the crash was caused by fog.

So “Kobe Bryant” connects to “death” and “fog” (through the helicopter crash) and “viral outbreak” and “Corona C” (through his presence in Resident Evil 2). And can you guess who is being honored at the Super Bowl? 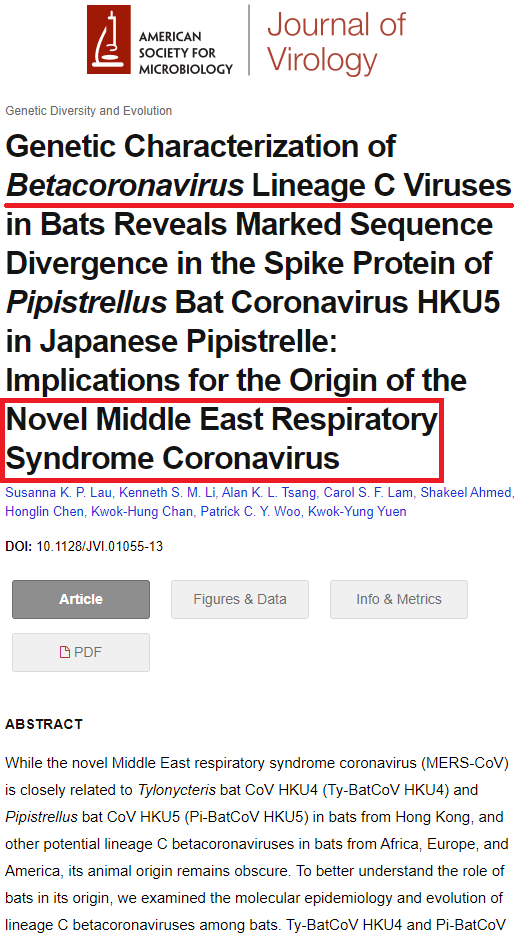 And MERS has been present in Iran since May of 2014… 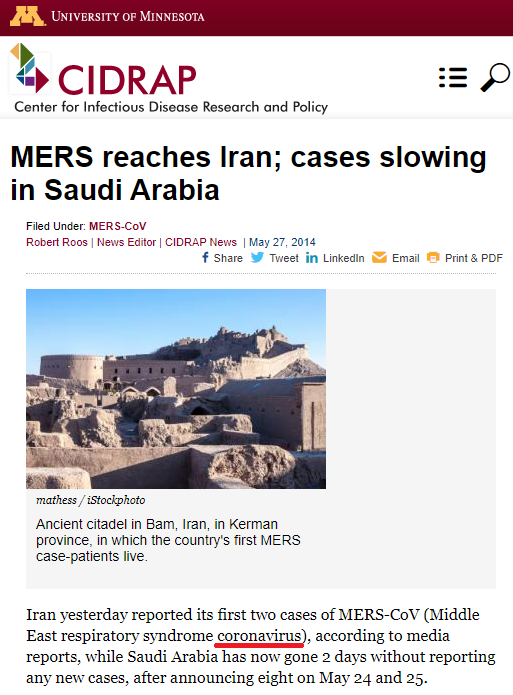 This will allow the US government to claim that Iran has had over 5 years to weaponize the Lineage C MERS coronavirus and transport it to their allies in the Americas: Venezuela, Cuba, and the Sinaloa Cartel (among others). And these allies have been smuggling drugs, people, weapons, and other things into Miami for decades. This is how the government will pin the attack on the Iranians (and the Venezuelans and the Cubans and so on and so forth).

More later, including the “Batman”/Sandy Hook tie-in and the reasons they’re doing the occult signalling.