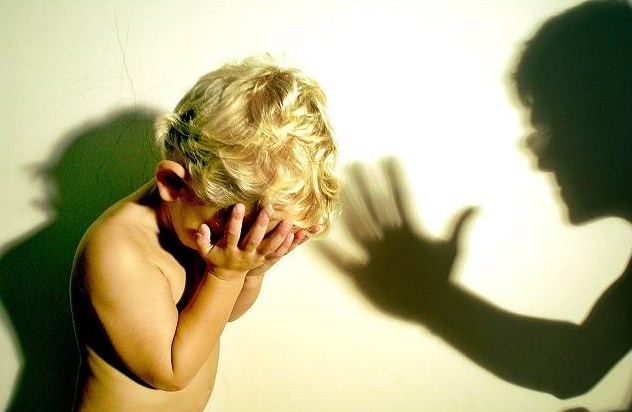 …and to start being grown-ups who do for themselves.

I keep getting messages that ask me to point out a person or organization to follow out of this mess, but if you are asking such questions, you aren’t really understanding what I’m trying to convey in my writings. So allow me to address such thinking in the clearest way I’m able…

STOP LOOKING FOR A LEADER TO FOLLOW. When you follow a leader, you are handing your power to someone else. And when it comes to power over your life, you should hold as much of it in your own hands as you’re able. In the event you do give some of your power to others for specific reasons, you should keep it at arm’s length so you can snatch it back if it’s used improperly. When you let most of the power over your life be taken away to some distant capital city… well… you’ve seen the results.

STOP LOOKING FOR A STANDING ORGANIZATION OF STRANGERS TO JOIN. Virtually all large organizations are built using a hierarchical structure and are made up of relative strangers, which makes them VERY easy to infiltrate and subvert (if they weren’t started by the “elite” as a leadership marketing tool to begin with). No hierarchical structure can be trusted. EVER. A truly human future must be based on real human relationships, not upon herds of strangers led by corrupted shepherds.

When it comes to looking for outside saviors, whether they be persons or organizations, here are some things I wrote in an old entry…

>>> In the aftermath of my recent entries, there are some who have been left a bit deflated. The idols to which they were looking for salvation have crumbled before their eyes, and the false hope that buoyed their hearts has dissipated like the hot air it always was. But there is no need to fret. Releasing false hope, which can lead us to a fall, is necessary in order to free our arms to embrace real hope. And real hope provides us with the inspiration and motivation needed to achieve victory. So today I thought I’d take a break from poking holes in hopium bubbles and share what I personally consider to be real hope.

“Ken, are you saying there are no ‘good guys’?”

Of course there are good guys! They just aren’t in the high-up places many have been looking. I really don’t know how this rumor that there are good people in the top positions of the earthly hierarchies managed to gain any traction. When it comes to major governments, corporations and intelligence agencies, there are two kinds of people who make it to the top echelon:

1 – Those who are placed there by powerful behind-the-scenes forces. Such people are typically from the Illuminati and their server families.

2 – Those who are the most cunning, money-lusting, power-hungry sharks in the pool. And they are allowed into the top positions only if they sell their souls a dozen times over.

This is so because the Cabal realizes that you don’t need to fill a hierarchical organization with your own people to control it; you need only occupy the top spots. Since everyone in the organization follows the dictates of the people above them, you need only a few people at the head of the hierarchy to steer any organization in the direction you want it to go. Decent, patriotic people tend to be concentrated and compartmentalized in the lower and middle levels (where they face a glass ceiling).

That being said, are there any “useful idiots” who might belong to a “white brotherhood” and believe they are working for the good of humanity placed into high positions? Sure, I can see that happening. And that’s where some of the “white hats / white knights” might come from. They simply do not realize that their higher-ups are feeding them noble-sounding BS justifications for the policies they are helping to implement. And they don’t understand that the Right Hand which pulls their strings is on the same puppet master as the Left Hand that pulls their opponents’ strings.

So if you want to see good guys / good gals, stop looking up to the Clown Posse / White Hats / White Knights and start looking sideways at each other. The key to our salvation lies in disconnecting from the self-serving strangers-on-high and reconnecting with our neighbors (or finding new neighbors we want to connect with).

“Ken, do you see any hope for humanity?”

Of course I do! If I didn’t, I wouldn’t spend my time and energy writing these articles; I’d just do the things I like to do until the end. But my hope comes from a different place than listening to Poof/Zap, Fulford, the OPPT, etc. And that being said, I will share the things that give me hope for our future… <<<

And when it comes to savior events like “Ascension,” I wrote this…

>>> The concept of a big metaphysical event that comes along to save the day (in effect, a “savior event” rather than a savior being) has been greatly discredited in my mind, and it continues to fade in my thinking. And looking back at who was pushing the Ascension narrative over the past few decades, I find it was all the wrong people… <<<

Can you think of anyone who might benefit from teaching people to “relax and wait for Ascension; it’ll come before the New World Order imprisons you”? Since such a mantra turns aware people who could offer resistance to the NWO into passive observers, the NWO-builders benefit from it, do they not? Using the propaganda principle of “no matter how big the lie, repeat it often enough and the masses will regard it as truth,” the New Age Mind-F*cking Division of the Establishment has been endlessly repeating the Ascension lie for decades. And many people seeking hope have embraced it. Unfortunately, fairy tales and false hope are easy to sell; personal responsibility and the need to take action aren’t as naturally appealing.

Let me put it plainly: there are no leaders, organizations, aliens, or metaphysical events coming to save you (although the “elite” will present you with counterfeits of these things to lure you into the NWO). If you want to be saved, you must stand on your own two feet and do it yourself.

The alternative to looking for salvation outside yourself is simple: talk to your neighbors and join together in a peer-to-peer framework to exercise power on things you can agree on, then painstakingly work to expand the scope of your cooperation. If you don’t build your own structure to exercise political power, you will submit to the “elite’s” power structure by default.

START LOOKING FOR EVERY WAY, BOTH LARGE AND SMALL, TO BECOME SELF-SUFFICIENT (in food, water, and all the necessities of life). AND FOR THINGS YOU CAN’T DO YOURSELF, CREATE YOUR OWN FRAMEWORK FOR TRADE/BARTER WHICH BYPASSES THE “ELITE’S” CURRENCY SYSTEM. If you don’t create your own trade/barter/currency system, you will use the “elite’s” structure by default.

I wrote about this in an old entry…

>>> I feel led to progressively disengage myself from all of the Cabal’s systems of control, including…

How do I do this? Well, I imagine that if I set forth the intent to do so, I’ll start noticing opportunities to take one simple step, then another, then another, until I find that I’m completely free of their control. I figure I don’t need to design a grand strategy to do it; I just need to follow internal guidance as it shows me each little gap in the containment wall into which I can move forward.

The way I see it, our eventual escape from Cabal control will be like a pent-up mass of water escaping from a cracked dam… 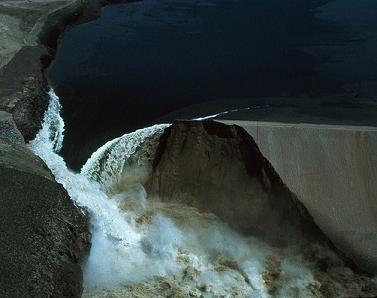 …There is no need for the water molecules to conspire and map out their escape; each of them needs only flow into the closest crack, and as their siblings follow them in, the resulting pressure will expand the cracks until the whole thing comes crashing down. It’s just a matter of time and gravity.

I see this as the most realistic approach to breaking free of them, since doing it requires no big catalytic event, either physical or spiritual. They got us into the mess we’re in in a gradual, incremental way, so it stands to reason that a gradual, incremental exit should work. They’ll fight us every inch of the way, of course, but consciousness always finds a way around any obstacle.

All this being said, that is why I see hope for humanity’s future. But it is a future that requires these… 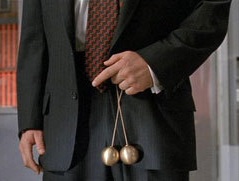 …So you might want to pick up a pair. Cotton candy and Kool Aid just ain’t gonna cut it. <<<

All this being said, these are the brass tacks: you can either build the world you want to live in or live in the world the banksters build for you. The choice is yours. And it will take more than sitting still saying prayers and setting intentions; you have to work for it (because physical work is spiritual intent crystallizing its vision into physical reality).

To offer some basic ideas on how to approach building a new system for yourself, I’ll be dusting off some old entries on the subject and reposting them. But basic principles are all I can offer you; the road to a human future involves you improvising, adapting, and overcoming the unique local conditions you face.

When it comes to “government,” I’ll be offering principles on how to organize an anti-hierarchical, peer-to-peer Our World Order (rather than the hierarchical domain the globalists are building in the New World Order). I used to call the structure I envisioned “pyramidal council direct democracy,” then I called it “council-based direct democracy.” Now I just call it what it is: “fractal democracy.” It is a system in which you vote for only one representative (the one from your own council), and each council has only about 40-70 people so personal relationships can enforce human values.

As for money/currency, I’ll be offering principles on how to understand it and create your own. Unlike the government concept, I never got around to finishing my old money series (the subject was too boring for me), but I’ll try, try again. The parts I did complete will get you thinking in the right direction, though.

Once I start posting these entries, you can find links to them below…

Solutions, Part 1: Why standing government must be replaced by coalescent government

Solutions, Part 2: The main problem with government is hierarchy

Solutions, Part 3: Behold the Insanity of Current Elections and Imagine Something New

Solutions, Part 4: The only way to set up a democracy that works