THE FIRST WEEK OF THE LUBAVITCH PRESIDENCY

Behold the REAL President of the United States… 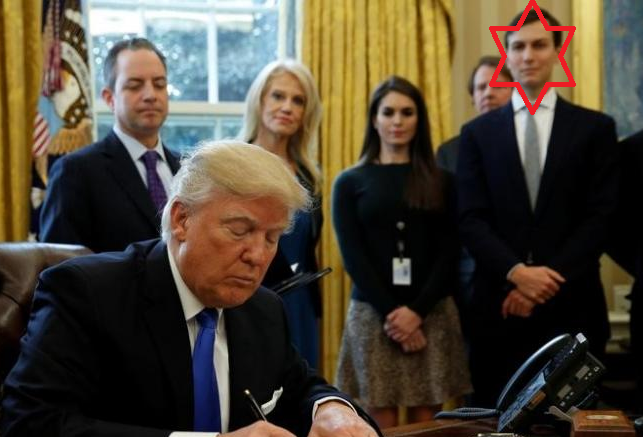 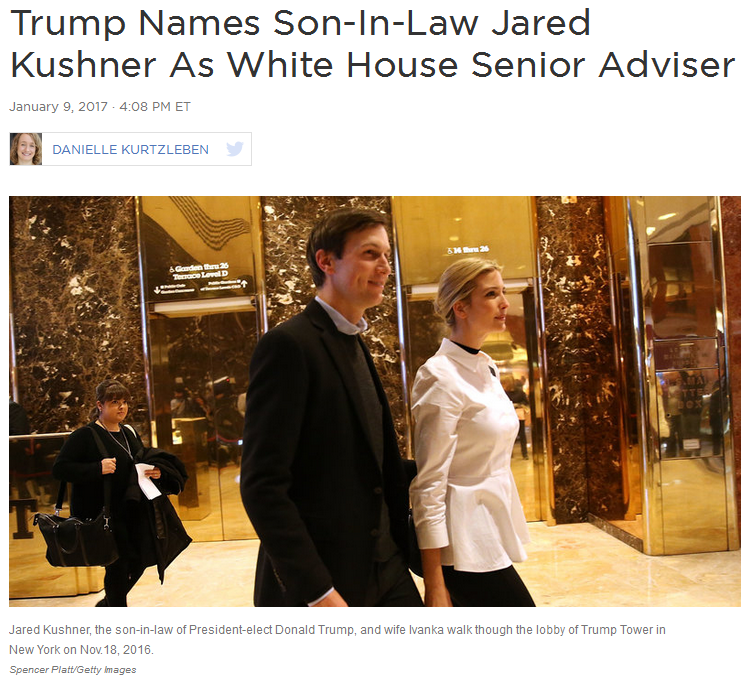 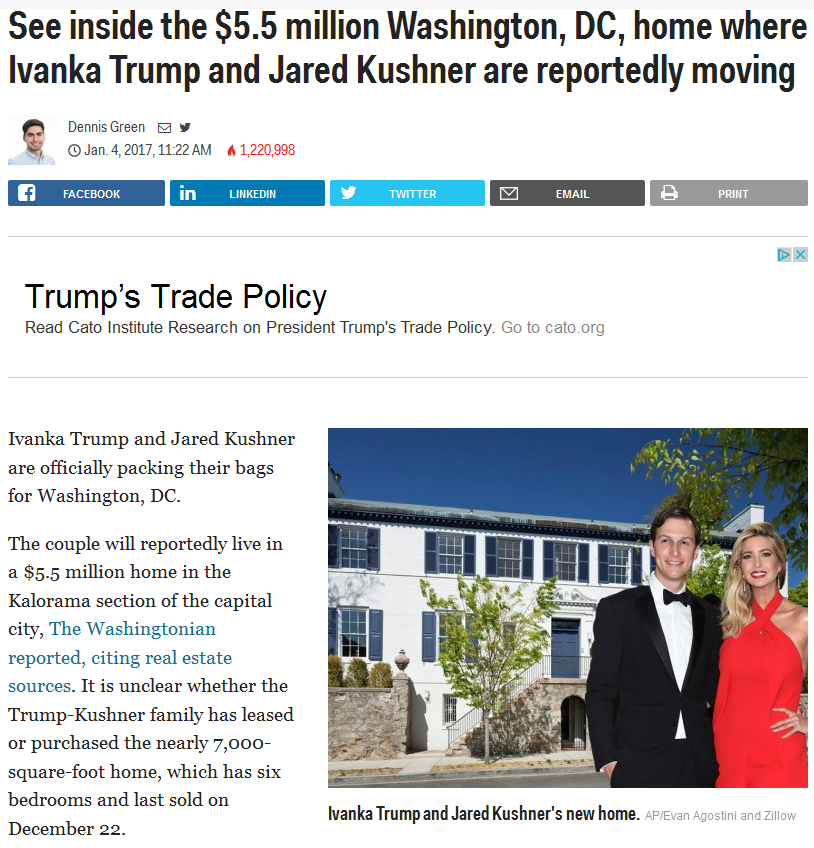 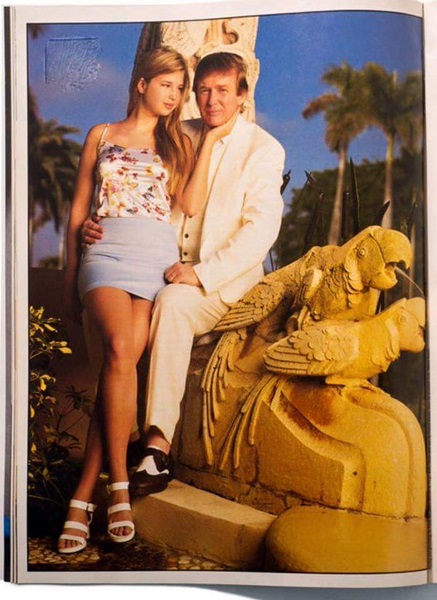 Should Trump step out of line, they need only have her say “daddy diddled me” and his life, brand, and presidency would come crashing down. So Trump will in no way vary from the Lubavitch End Times script, which calls for both Putin and him to be outed as the forces of “true Antichrist” in the next few years. Why else do you think they gave him a slick-looking handler who worked out of 666 Fifth Avenue?… 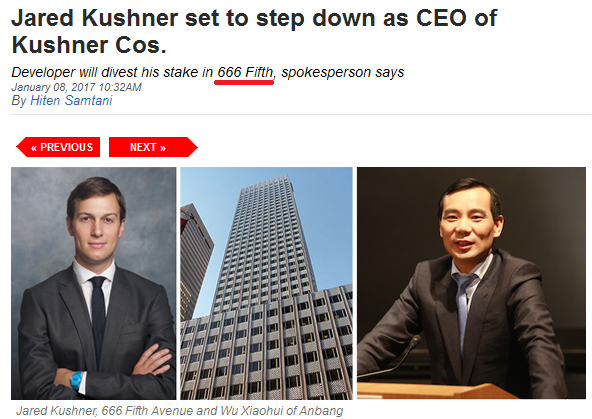 Kushner looks like someone straight out of the cast of The Devil’s Advocate, and that’s no accident. The End Times prophetic show is a Hollywood production after all.

On a related note, if you are unfamiliar with Chabad-Lubavitch’s connection to Kabbalism, just have a look at some of the courses offered by the Rohr Jewish Learning Institute (Chabad’s adult education arm)…

Kabbalah Rhythms: A Spiritual Roadmap to Higher Living
Men, Women & Kabbalah: Wisdom and Advice From the Masters
Soul Maps: Kabbalah to Navigate Your Inner World
The Kabbalah of Time
The Kabbalah of Character
The Kabbalah of You: A Guide to Unlocking Your Hidden Potential
Kabbalah Unplugged: The Secret Power of Prayer

And speaking of Chabad’s obsession with scripting the End Times to lead to total Kabbalist Jew control, this course looks interesting…

The Messiah Mystery: Toward a Perfect World

THE GLOBALIST SCHEDULE FOR THE TRUMP-PUTIN SUMMIT

During this morning’s infoscan, something caught my eye…

The reason the underlined passage stood out is because the globalist prophecy script calls for a 3.5-year “Great Tribulation” period to precede the arrival of the “Christ.” In fact, there will actually be two Great Tribulation periods: 1) the “counterfeit” one they’ve scripted to precede Putin’s elevation as the “false Christ” and 2) the “real” one they’ve scripted to precede the arrival of the “true Christ.”

So if we trace back the source of the “open hostility” between the “Satanic Western leaders” and the “Christian Putin,” it goes back to when the West most directly attacked Russia: the Euromaidan color revolution in Ukraine… 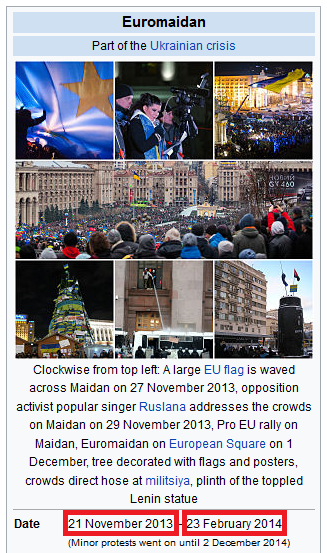 Since that point, the West has been portrayed as being at Russia’s throat as “the heroic Putin bravely stood his ground.” So if we look to the Ukraine confrontation as the beginning of counterfeit Great Tribulation, the two obvious dates that stick out as the starting point are the day Euromaidan started and the day the Russia-friendly Ukrainian government actually fell.

Since the first Trump-Putin Summit is the obvious venue for establishing peace between “the new populist leaders of the West” and Putin’s Russia (thus ending the counterfeit Great Tribulation period), it should be scheduled at one of the two aforementioned dates.

Most likely, the Trump-Putin Summit will be scheduled in August, as this would give France and the UK time to elect new Putin-friendly leaders, and it would give Putin time to bring peace to the Trump/China relationship. A late-August summit would also segue nicely into the 9th BRICS Summit and the 72nd United Nations General Assembly, which kick off in early September. That’s when we can expect the UN “reform” process to begin — unless we back them off again.

There is much more to write about this, but I think that’s enough for today.