Family and household issues have kept me away from writing for the past two weeks, but I was able to read enough news to notice the continuing wave of faux-truther propaganda coming out of Veterans Today (VT). Having noticed a number of shady things about that group over the years, I figure it’s about time to take their inventory. And to begin, I thought we’d have a look at VT’s Senior Editor, Gordon Duff… 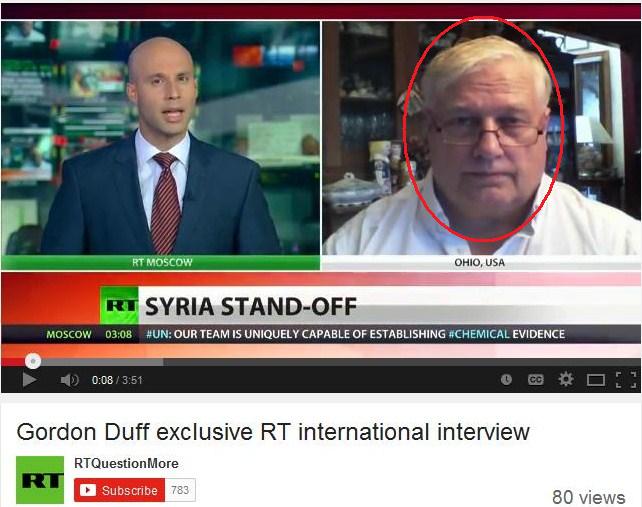 With a little research on the Internet Archive, I was able to determine that Duff became an officially listed VT staff writer sometime between October 13, 2007 and December 19, 2007, and he went on to be the officially listed senior editor sometime between August 19, 2009 and October 19, 2009. And by studying how his official biography morphed over time, I was able to get a good feel for what the guy is really about.

This was the first archived version of his bio…

…in which he established these credentials:

> he was a former Marine grunt in Vietnam,
> he was/is a UN diplomat,
> he was/is a defense contractor,
> he was/is a “widely published expert” on military and defense issues,
> he was/is active in the financial industry,
> he holds “senior positions in several major banks” in the area of oil and gas, commodity, bond, and currency related issues,
> and he has done all this despite being a 100% DISABLED vet.

As the 24/7 caregiver of a 100% disabled person, I found his level of achievement quite “remarkable” to say the least, so I looked through the Veterans Administration website to see what qualifies a person to be a 100% disabled vet. Though the process of determining the level of disability is somewhat subjective, two key criteria kept showing up:

So if a vet’s service-related injury resulted in him/her being completely unable to work in any capacity, he/she would be considered 100% disabled. Keep this “inability to work” criterion in mind as you view everything else the “amazing” Gordon Duff has achieved.

In the second archived version of his bio…

> he is a specialist on global trade (what isn’t he a specialist on?), and
> he acts as a political and economic advisor to a number of governments in Africa and the Middle East.

In the third version…

…this is tacked on:

> he was/is working on economic development projects in Pakistan and Afghanistan to counter the effects of poverty and global extremism.

In the fourth version…

> he was/is a featured commentator on TV and radio, including Al Jazeera, and
> his articles have been carried by news services around the world.

In the fifth version…

> his banking experience includes trade and monetary policy roles in over 80 countries.

In the sixth version…

…could there be more? Yes, there can be:

> he has extensive experience consulting on counterinsurgency and defense technologies,
> and he was/is acting as a diplomatic officer of UN humanitarian groups.

In the seventh version…

…does he stop? Nope:

> he is a popular and sometimes controversial guest on radio and TV.

In the eight version… 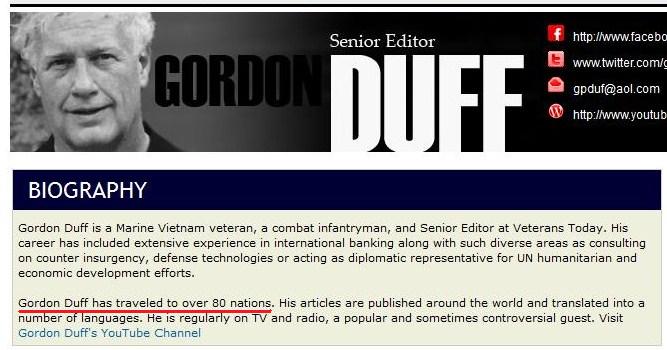 …there is a slight change:

Back in the fifth version, he claimed “trade and monetary policy roles in over 80 countries.” Now he just says he traveled to over 80 nations. Is he backtracking here? Will his bio someday say, “Gordon Duff once traveled to Tijuana…”

In the ninth version…

…the legend resumes its exponential growth:

> he consults on surveillance technologies,
> he consults on intelligence analysis,
> he acts as a UN “special consultant,”
> he serves on the board of a “private financial institution” participating in the Federal Reserve Banking Group,
> he was/is a military affairs analyst for PressTV (a propaganda organ of the Iranian government and the BRICS-oriented Republican Guard), and
> he serves on the board of the “Adamus Group,” which is supposedly “one of the world’s largest energy technology firms.”

My preliminary investigation of the “Adamus Group” suggests that it is little more than an imaginary company Duff and his buddies dreamed up (much like Benjamin Fulford and his “White Dragon Society”).

Here is a publicity photo from Prestige Worldwide, a private security company I suspect is affiliated with the Adamus Group… 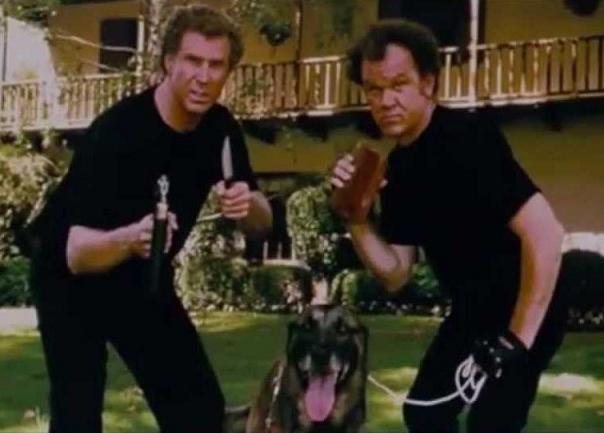 Once I finish looking into Adamus, I will devote an entry in this series to it.

In the tenth version of Duff’s bio…

…he adds another project to his dozens of others:

> he adapted advanced military technologies to wildlife and land management in cooperation with the UN, USAID, and the International Wildlife Federation.

And in the eleventh (and current) version…

> he has worked on veterans and POW issues for decades,
> he is an “accredited diplomat” (with the UN, one would guess),
> he is “generally accepted as one of the top global intelligence specialists,”
> he “manages the world’s largest private intelligence organization” (one would presume he’s referring to the “Adamus Group” here, but in the ninth version, he stated it was an “energy technology” firm,
> he regularly consults with governments challenged by security issues (so if a government’s citizens/slaves get out of line, he helps quell the uprising),
> he is a trained chef,
> he is a wine enthusiast (who is also great at making Kool Aid),
> he is an avid motorcyclist (and is probably the UN’s Special Envoy to Sturgis), and
> he is a gunsmith specializing in historical weapons and restoration.

Having seen all this, one can only say…

WOW!!! Is there anything this fella doesn’t do??? What a renaissance man! And he does all this despite being 100% disabled?!

But having smelt all this, I can only say…

What a colossal pile of steaming bullsh*t. This guy is the king of self-promoting resume padders. To be a specialist or expert on any one of the areas he claims would take a normal person a lifetime of study and experience, yet he says he has mastered them all despite being completely disabled. Can any rational person buy this?

So what do you think? Is the 100% disabled Gordon Duff exaggerating his credentials, or are they genuine? Let’s look at both answers to see what they say about him…

If he has deliberately misled people with his bio, he has done it to impress gullible readers/viewers with his supposed expertise. By falsely claiming experience and knowledge in all these diverse areas, he is attempting to show that he knows what he’s talking about. But if he’s bullsh*tting about his resume, is he not also bullsh*tting in the information he’s putting out?

Either way you look at it, Gordon Duff is not a person to be trusted. And the information he and his associates are putting out precisely follows the “blame the Anglo-American bankers / Nazis / Zionists” propaganda template of the globalists.

As for my personal take on the man, his claim of being an accredited UN diplomat brings to mind something dutchsinse said back in 2013. He reported that he’d been offered money and UN credentials to participate in a “media revolution” (a propaganda campaign to provide positive spin for the transition to the new globalist control system), but he refused due to his personal convictions. I suspect that Gordon Duff is a willing participant in that campaign. He strikes me as a low-to-midlevel globalist propaganda asset who pads his resume to look important to his readers.

In the coming entries of this series, I will delve into the shady histories of the “Adamus Group,” VT, RT, and PressTV. I will also explore the relationships VT and Duff have with “Leo Wanta,” Kerry Cassidy, Benjamin Fulford, Jeff Rense, John Stokes and other shady figures in the globalist-controlled side of the alternative media (which I call “Bullsh*t Incorporated”).

Buckle up, this is gonna be fun. 🙂

While researching the “Adamus Defense Group,” I came across this entry from another blogger that does a good job of de-spinning Duff’s resume to show people what his claims really mean. Have a look.